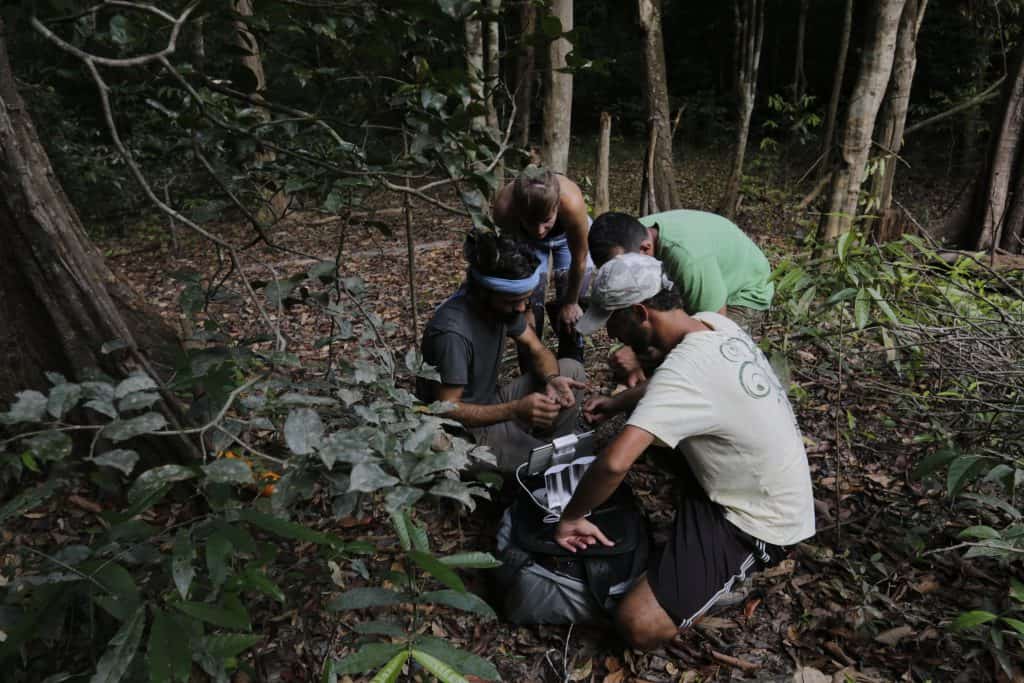 Mapping in the Amazon

The rainforests of the Amazon and their communities are threatened. Over 40 hydroelectric dams are planned in the region, and their construction would lead to massive environmental impacts and displacements of indigenous communities in the affected rainforest areas.

In the heart of the Amazon, a camp was set up together with the Munduruku - an indigenous community living in one of the affected areas - to protest against the building of the São-Luiz-do-Tapajós-Dam. Finally, the Brazilian environmental agency declared the suspension of the licence to build the dam - a first victory for the Munduruku in their campaign to protect their home.

With the support of specific field mapping tools, it was possible to do what the Brazilian government refused to do for the indigenous community until then. The Munduruku were supported logistically and technically to map out their land and mark it to protect it against further destruction.