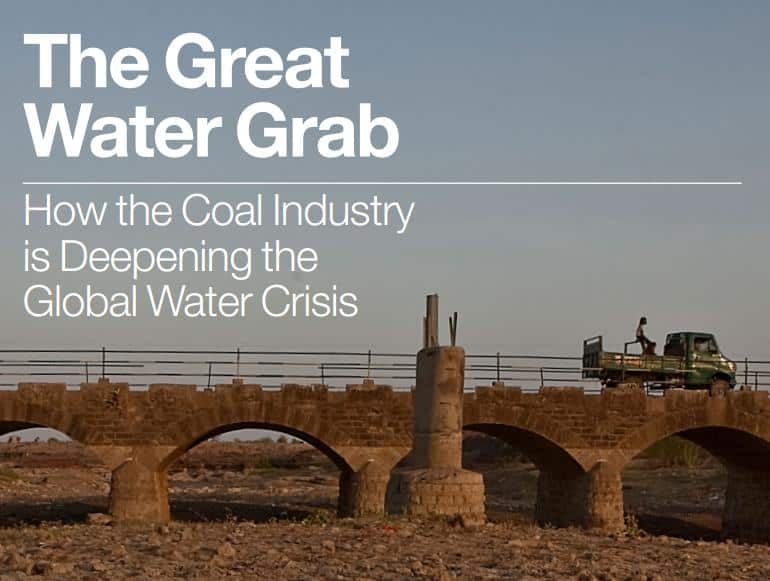 Freshwater use by the coal energy sector

In many areas of the world the scarcity of fresh water is a serious threat to the population. The energy sector with its high demand for water needed for production of electricity from coal intensifies this problem especially in areas where an acute lack of fresh water already exists.

As a backbone for an international campaign against the building of new coal-fired power plants a study based on modelling the withdrawal and consumption of water from existing and planned power plants was published. These water demands were set against the availability of water in areas with already stressed water basins. The study was carried out by a team of scientists, campaigners and researchers.